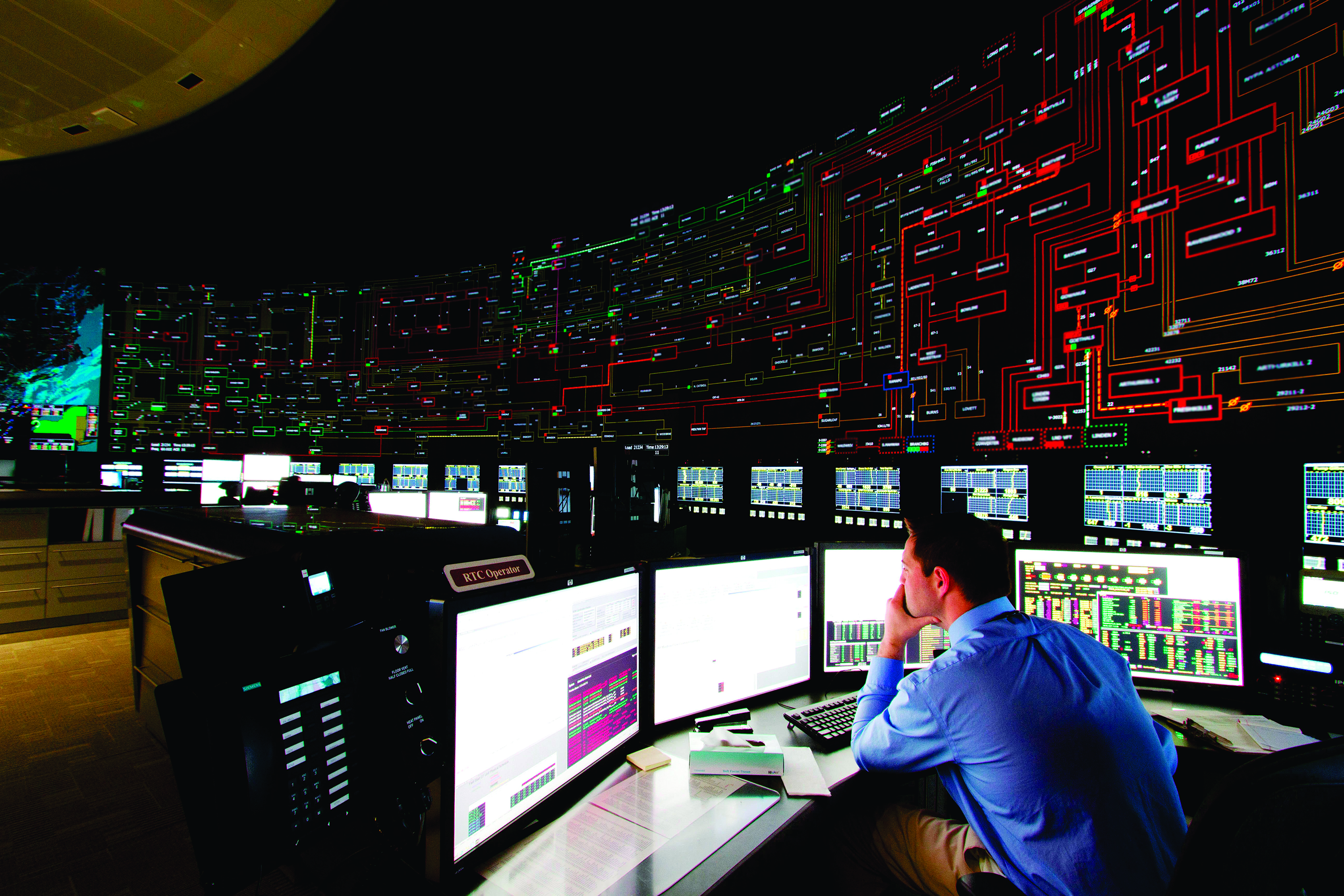 What does it take to become a grid operator at the New York ISO? The job requires varied skills. Operators must be fast-thinkers who don't stress under pressure, are able to monitor a dozen computer screens during a 12-hour shift, and can quickly solve problems in order of importance.

They generally need an engineering background, preferably one in electrical, although it’s not required. Another skill, however, may also be patience. Because of the importance of this job, the hiring process takes time.

Our control room is staffed 24/7 by six operators and a supervisor, working at all times to ensure that the grid is operating smoothly.

We’re quite particular about operator candidates having the right qualifications. The approval process involves many steps. Even after being hired, it can take several months of training and job shadowing before a new operator is ready to sit in front of a dozen computer screens, and below a massive digital control board the length of the room, and manage the flow of electricity in New York State.

Jon Sawyer, manager of control room operations at the NYISO, said a key skill that we look for in an operator candidate is the ability to look for patterns in numbers, in this case, the various number values on the electric grid that could indicate a problem is coming.

Another important skill, he said, is to not get frazzled by multiple issues at the same time. “The ability to go from a calm, normal day to responding to an emergency on the system immediately is not something that everybody has,” he said.

The NYISO currently employs nearly 50 operators and shift supervisors. The process to find new team members begins with looking for the right background. We visit college campuses across the country, meeting with students pursuing engineering degrees, with a particular interest in electrical. We have also hired team members that come to us with military backgrounds such as those who ran nuclear reactors on submarines, for example. Some of our operators have also come from other backgrounds such as air traffic control, information technology, and the financial world.

Kyle Adserias was recently hired after 10 years in the Navy where he trained people and ran nuclear reactors for submarines and aircraft carriers. While preparing to leave the Navy, he discovered the NYISO and applied for a job in operations.

Operator candidates participate in a short phone interview, followed by an online test which evaluates their proficiency in math, spelling and problem-solving. The test takes approximately three hours to complete, and measures how well the candidate performs under pressure. Many are unable to finish in the time allotted.

"There was one section dealing with fractions and percentages,” Adserias recalled. “It was like 30 questions in 12 minutes. I was on question 15 with five minutes left. I was like, ‘Oh, man, I need to move faster, but I need to move correctly."

He said he was expecting technical questions, and was surprised to find word-association and reading comprehension questions as well. “It was stressful,” he said. “Obviously, I did well enough to move ahead!”

The next step for those who pass the online test is an interview with a psychologist specializing in screening job candidates for exacting positions such as the grid operator. At this stage in the process, the candidate has a relaxed interview with the psychologist, answering several hundred questions designed to determine if they could effectively respond to the specific rigors that go along with these jobs.

“He looks at your character and how he thinks your personality would do in the job,” said Katherine Robinson. She was hired in 2017, after earning a graduate degree in energy systems engineering from Union College.

“He told me, ‘Don’t second-guess yourself. I want to go off whatever your initial reaction is to my questions,’” recalled Robinson. “It was surprisingly accurate how he knew my personality without knowing me. He told me how he thought I’d do in the position, and what I’d struggle with.”

Both she and Adserias qualified for the next step: an on-site interview, which includes a tour of the control room.

“It was far more impressive than the pictures,” Adserias said. “A lot to take in. Even now, every time I walk in there, I still get this grin on my face, like ‘This is so cool!'”

For candidates that do well during the on-site interview, an offer may still be weeks away. Finally, after an offer is accepted, a significant background and security check is performed.

Travis Lindsey, was hired six months after applying, However, the length of the hiring process can vary.

"It’s still pretty much a dream,” said Lindsey, who was hired after earning an associate’s degree in electrical engineering technology at SUNY Canton. “I was a little bit nervous, getting my first job, but it’s been great. Three years have flown by.”