From Across the World, Energy Industry Experts Come to Learn at NYISO

From Across the World, Energy Industry Experts Come to Learn at NYISO 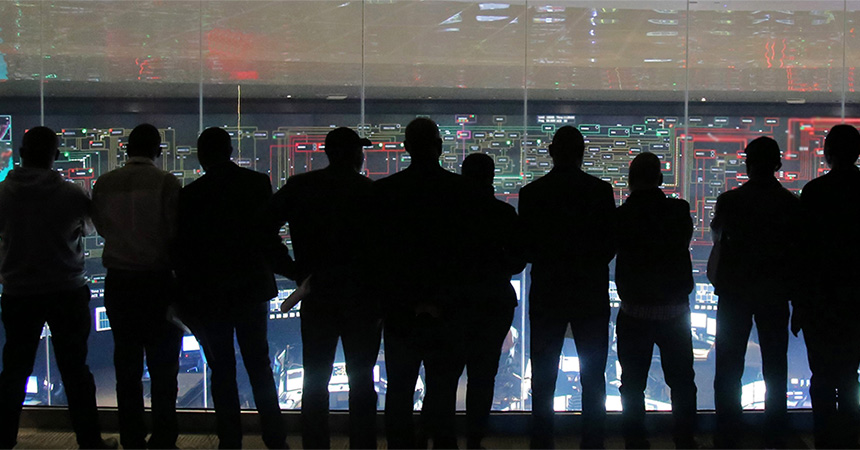 On a rainy Friday in late fall, 19 engineers and grid operators from the southern part of Africa came to the New York Independent System Operator to learn how the organization runs the electric grid. They were here as part of a short tour of the United States to find new ways to improve their own power delivery system.

New York’s reputation for grid excellence attracts visitors from around the world. Even 8,000 miles away, members of the Southern African Power Pool were aware of how reliable power is in the United States, and came here to see what skills they could bring back to operate their own grid.

Such visits aren’t uncommon. The NYISO has hosted representatives from nearly 90 countries around the world – places as diverse and far-flung as Australia, Japan, Chile, Uzbekistan, Morocco, Ukraine, Indonesia and Nepal have sent representatives to tour the NYISO.

“It’s really sharing experiences and best practices,” said Wes Yeomans, vice president for operations at the NYISO. “It all begins with understanding each other, the way we do what we do.”

The visit from the Southern African Power Pool was arranged through a grant from the World Bank, and also included visits to federal and state regulators in the U.S. At the start of the NYISO visit, Mr. Yeomans welcomed the team and began with a description of the organization. Alison Chikova, a Zimbabwe resident and chief engineer of the Southern African Power Pool, stood up and described the attributes of the 23-year-old African network.

The pool serves some 300 million people in 12 countries. It’s a region about the size of the United States, and one in which three different languages are spoken. Most of its member countries are still developing, and in some electricity is provided to less than 25 percent of the population. The pool has had a long connection to New York, Chikova said. In 1999, Bill Balet, former executive director of NYISO’s predecessor, the New York Power Pool, retired and moved to Zimbabwe. There, he spent several years working as coordinator at the Southern African pool, helping to connect its member countries.

Two decades later, that connection was re-established at the NYISO. Chikova, speaking to the group, began describing their experience with “load-shedding,” a practice that occurs when power demand exceeds the limits of available production. In Southern Africa, he said, “some countries are in a perpetual deficit."

Yeomans had questions. Were deficits limited more by supply or by transmission? The latter, Chikova said. Yeomans than asked how the Power Pool’s markets were pricing electricity when peak load was approaching, and suggested that price signals in the electricity wholesale market could be used to encourage new development of power generation in affected areas to ease constraints.

Then the conversation moved to the time it takes to make large-scale improvements to the electric grid.

"Even if you’re feeling the pain right now, the mitigation measures may take years,” said Yachi Lin, senior manager in transmission planning at NYISO. “Different from the issues you are facing, one of our problems is aging fleet – we have some generators that are going to retire. What we’re trying to do is, knowing it takes years to resolve, give the right price signals for investors to make up their minds and say, ‘This is where I want to put my money.'”

At the end of the presentation, Chikova said New York’s grid model was one they hope to emulate.

PHOTO: NYISO Vice President of Operations, Wes Yeomans, speaks to members of the Southern African Power Pool on how they might improve grid operations.

“The reliability levels of the United States are quite high,” he said. “We can gain quite a lot of experience that I can take home. We can improve our own operation standards, based on the experience of New York.”

The three-hour meeting culminated in a visit to the NYISO’s gallery. There, operators work 24 hours a day to manage the electric grid. The visitors stared at the darkened room, where work stations had up to 11 computer monitors depicting aspects of the grid, and a digital wall depicted the status of power transmission across the state.

“We are used to seeing control rooms,” said one visitor after the tour. “But this one took our breath away.”