VIDEO: People Who Power New York: "It's important for people to know that we serve the public interest."

VIDEO: People Who Power New York: "It's important for people to know that we serve the public interest." 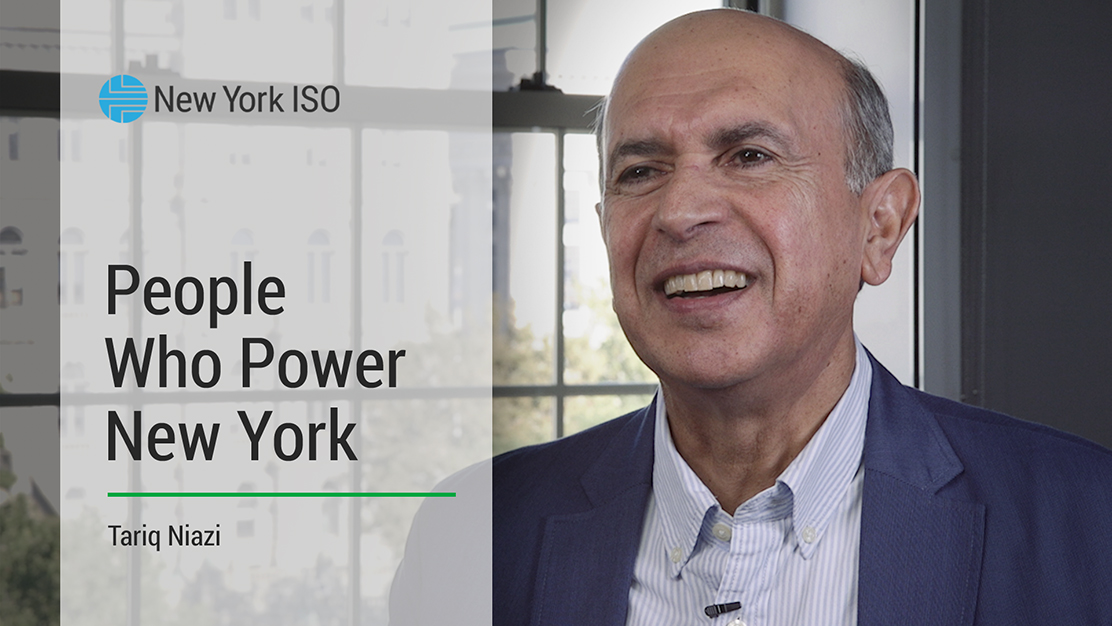 Tariq Niazi came to the United States from Pakistan to study economics. He planned to return home after graduate school, but love and a good job with the state Consumer Protection Board got in the way.

By the late 1990s, Niazi was an expert on utilities and their relationship with customers (he later became director of the state’s Utility Intervention Unit). As such, he helped form the New York Independent System Operator and its wholesale electricity markets. In 2011, he was hired as our Consumer Interest Liaison, looking at the impact of market design changes on consumer costs and related issues.

“We are serving the public interest,” he says. “It’s important to convey that to decision-makers and the public."

Visit our careers page for more information on working at the NYISO.