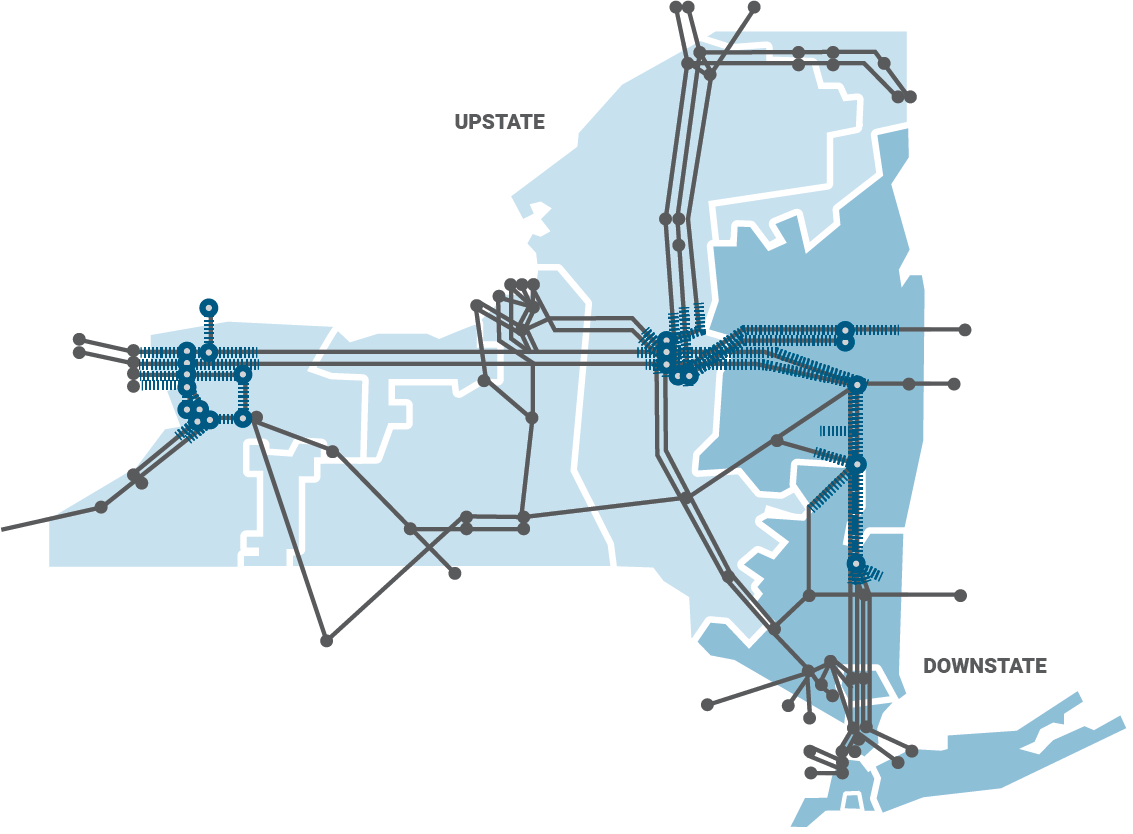 The plan to expand the electric transmission system in upstate New York has recently reached a major milestone, paving the way for improvements that will make it easier to move clean energy from Western New York to the rest of the state.

The state Public Service Commission recently granted a Certificate of Environmental Compatibility and Public Need to NextEra Energy Transmission New York to construct a project that will be added to an existing right-of-way from Niagara to Erie counties. The estimated $181 million project, when complete, will make the 2,700 MW of renewable energy from Niagara Falls fully available, and transfer an additional 1,000 MW from Ontario during emergency conditions.

​​​​​​​More permits will be needed before construction can begin in 2021, but this Article VII approval for siting is a major milestone that represents how the project will serve a determined public need. This, along with proposed projects in the Mohawk Valley and Hudson Valley (known as the AC Transmission Project), constitute the largest transmission investment in the state in 30 years.

The AC Transmission Project is divided into two sections:

​​​​​​​Both sections, if approved, are expected to start construction in 2022. This project will require the demolition of aging transmission lines and towers in order to build new towers and lines that can handle a greater amount of electricity within the existing rights-of-way.

Why is this work necessary? As noted in the Power Trends 2020: The Vision for a Greener Grid, most of the clean energy generation in New York is located upstate. Yet the largest area of power demand is in southeastern New York, like New York City and Long Island. We call this the “tale of two grids.” In order to meet demand, we needed to find new ways to get the power from upstate to downstate, as well as from the hydro-rich areas of Western New York and Ontario to the rest of the state. These transmission projects resolve several areas of grid bottleneck that have limited how much power we can move from one area to another.​​​​​​​

The work is especially vital because of the Climate Leadership and Community Protection Act, which calls for 70% of energy consumption to be supplied by renewable energy by 2030 and a zero-emission grid by 2040. The work also includes the potential for benefits to the economy at this time of uncertainty. These projects were driven by New York State public policy requirements.

The work is also important because of the so-called “peaker rule,” which will require that fossil fuel generators totaling about 3,300 megawatts (MW) either retire or invest in cleaner technology. These “peaker” plants are used to maintain reliability during stressful operating conditions. Many are located within areas known as “load pockets” in New York City and Long Island, which represent transmission-constrained geographic areas where electrical demand can only be served by local generators due to transmission limitations during certain operational conditions.

Our Reliability Needs Assessment is currently looking at the impact of the new peaker rule and what steps, if any, will need to be taken to resolve any concerns. The enhancement of the transmission system is one method of providing more power to these areas.

For more on transmission in New York State and other issues related to the electric grid, read Power Trends 2020.