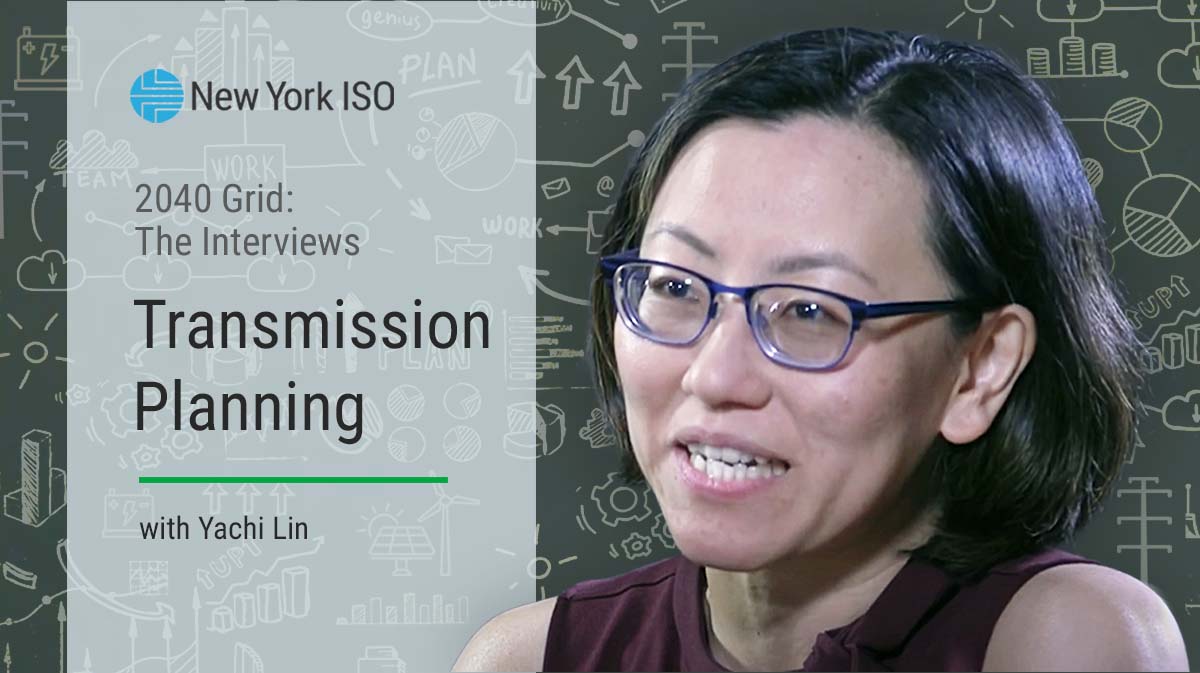 As clean energy resources continue to grow in New York state, expanding our transmission network is vital to making sure that new renewable energy (mostly located upstate) can get to where we need it most (mostly downstate).

Yachi Lin (Chi for short), the NYISO’s Senior Manager for Transmission Planning, manages the team that is charged with preparing New York State’s transmission system to meet the energy needs of today and tomorrow. And as she explains, we don’t do it alone, but key to this effort is the planning that her team does to analyze needs and to inform the other agencies, owners and developers involved.

As a transmission planner, Chi’s team must make fact-based assessments of today’s energy needs, and work with energy planners to forecast up to 20 years in the future. Meanwhile, her team must keep in mind the aging transmission infrastructure, new areas of congestion as well as generator retirements and new generation expected to come online which is a dramatic change in how the grid operates.

“Transmission is intended to deliver a large amount of electricity efficiently from one location to another,” explains Chi. In New York, that primarily means delivering electricity from the many generators located in upstate New York to the state’s largest population base in New York City and its surrounding suburbs. We call that the “Tale of Two Grids.”

The growth of clean energy resources in New York must also be considered. Since most wind farms are in remote areas, the system must be able to move those green electrons throughout the state at times of high demand.

Two new major transmission projects, the largest in more than 30 years and currently underway, will help do that.

Another major challenge to transmission planners is offshore wind. New York’s Climate Leadership and Community Protection Act (CLCPA) calls for 9,000 megawatts of wind power to be provided by offshore wind projects off the coast of New York City and Long Island. In fact, two projects totaling 2,500 megawatts recently received funding from the state. Planners like Chi will need to determine the best way to bring that power onto the system.

“These projects will be an exciting addition to the generation fleet,” she says.

To hear more about transmission planning, watch this video:

For more on our efforts to deliver the grid of the future, visit the 2040 Power Grid webpage.