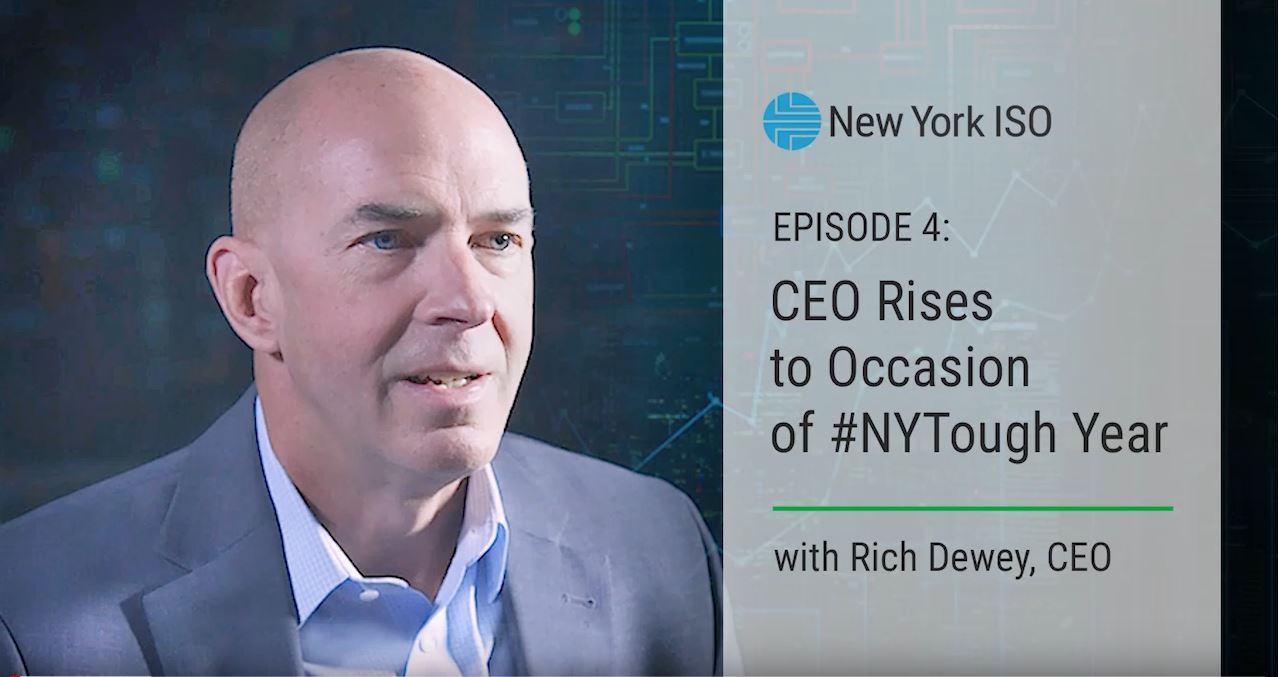 Rensselaer, NY -- The New York Independent System Operator (NYISO) today released the final installment of a four-part video series where NYISO President and CEO Rich Dewey describes the important work underway to help achieve the mandates of the CLCPA and the exciting changes and challenges that lay ahead for the energy industry.

The final episode features Mr. Dewey’s personal story, including his 21-years at the NYISO, and his time as president and CEO.

Episode 1: Planning the Path to the Grid of the Future

New York State mandates a 70% clean energy grid by 2030 and a zero-emission grid by 2040. But how exactly do we move from a grid that relies on fossil fuels to one free of carbon emissions in only 20 years?

Episode 2: The Role of Electricity Markets on the Path to 2040

New York State’s competitive, wholesale electricity markets have existed for more than 20 years, and have helped keep electricity costs down while reducing emissions. These markets provide the best tools to help New York meet its clean energy mandates by driving investments in clean energy and other new technologies, says Dewey. “We believe the markets are the most cost-effective way to get that investment,” he says. “We just need to design the products appropriately and properly.”