VIDEO SERIES: Rich Dewey’s Vision for the Grid of the Future

VIDEO SERIES: Rich Dewey’s Vision for the Grid of the Future 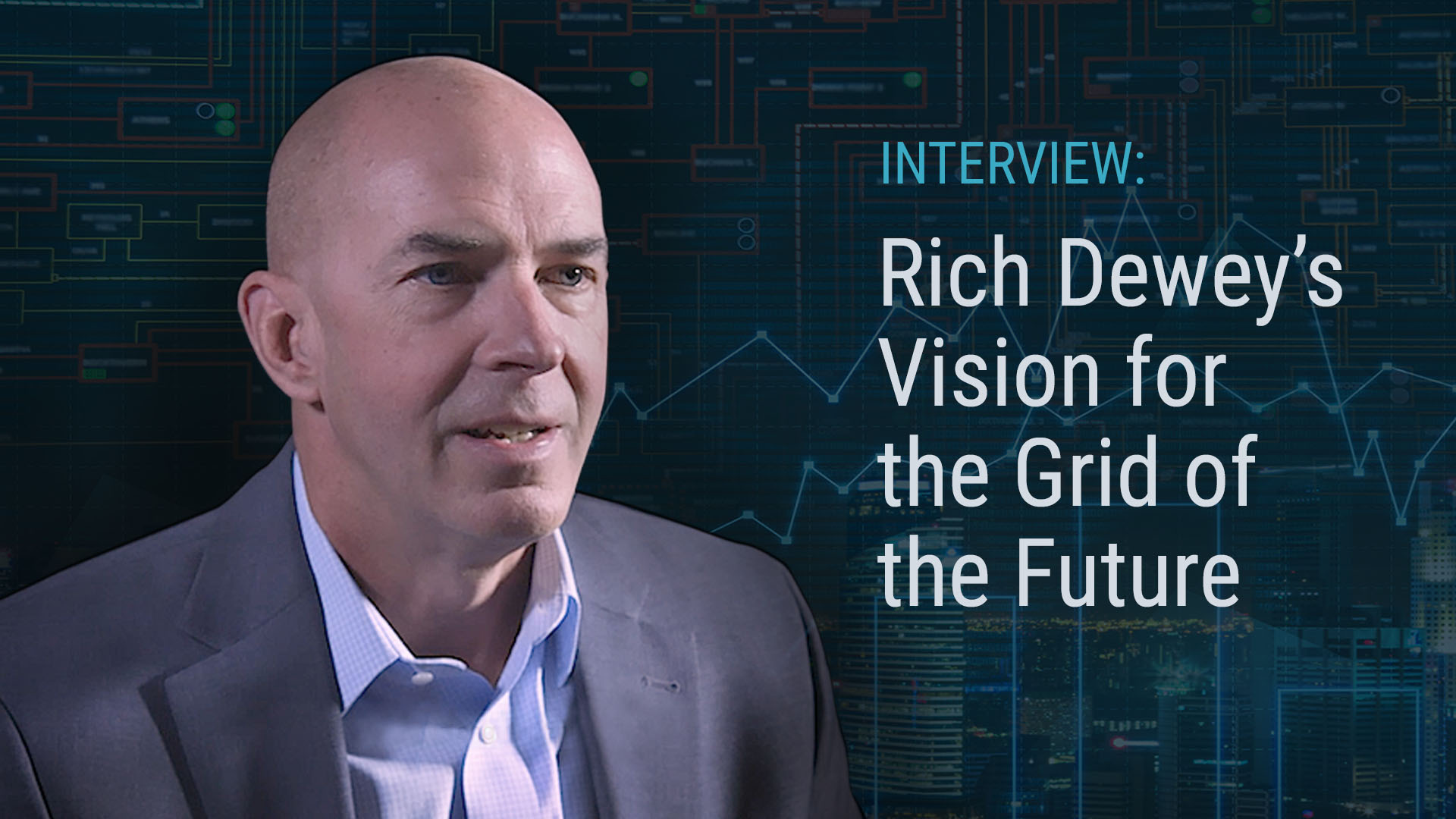 “This industry right now is about as interesting as it gets,” observes Rich Dewey, our President and CEO, discussing the changes coming to the electric grid in New York in the next two decades. In this video interview series, Dewey discusses the path we’ll need to follow to meet the state’s clean energy mandate of a carbon-free grid by 2040.

Watch now to understand more about the challenges the New York grid faces in the next two decades and the role of the NYISO in helping the state meet its clean energy mandates.

Episode 1: Planning the Path to the Grid of the Future

New York State mandates a 70% clean energy grid by 2030 and a zero-emission grid by 2040. But how exactly do we move from a grid that relies on fossil fuels to one free of carbon emissions in only 20 years?

In the first of a series of videos on how we are planning for these dramatic changes, our President and CEO Rich Dewey explains how we are taking the steps necessary to help meet these first-in-the-nation goals, and how New York’s competitive, wholesale energy markets will play a critical part.

Episode 2: The Role of Electricity Markets on the Path to 2040

New York State’s competitive, wholesale electricity markets have existed for more than 20 years, and have helped keep electricity costs down while reducing emissions. These markets allow competition and “price signals” to attract innovation and investment while encouraging the lowest-cost solutions to meet reliability.

These markets provide the best tools to help New York meet its clean energy mandates by driving investments in clean energy and other new technologies, says Dewey. “We believe the markets are the most cost-effective way to get that investment,” he says. “We just need to design the products appropriately and properly.”

As we contemplate the influx of renewables coming online, location is everything when it comes to transmission. Some resources, such as offshore wind, have the benefit of being close to the dense population of New York City. Others, such as solar power and onshore wind tend to be located upstate. Resources located upstate, including new technologies and storage solutions, depend on transmission to get where they need to go to ensure reliability.

For more about the new ways that energy will be made and moved around the state, watch this episode.

Episode 4: NYISO CEO Rises to Occasion of a #NewYorkTough Year

When Dewey first applied for a job at the NYISO back in 1999, he was told by the president, “I have no idea what you are going to work on, or what your title is going to be, but I guarantee you are going to have fun.” Enthralled by the passion he saw, Rich took the job – and hasn’t looked back.

“It’s been the most exciting career,” he says.

Dewey’s a New Yorker, born and bred. He attended Clarkson University and worked at Niagara Mohawk before joining our organization at its inception. Over the next two decades, he worked in leadership roles from IT to the Control Room where the grid is managed, to the group that oversees the competitive, wholesale energy markets. When he became CEO in mid-2019, he was fully acquainted with all areas of the organization.

He would draw on the depth of that experience in his first year when, shortly after accepting the CEO role, he faced two major challenges: the state’s approval of the Climate Leadership and Community Protection Act, calling for the most drastic changes to New York’s electric grid in a century; and the onset of COVID-19. Of the CLCPA he says, “It made a lot of things easier, now we know the goal and it’s crystal clear to everyone. As the entity charged with planning for a sustainable, reliable grid, it is core to our mission to partner with the state to plan for the changes necessary to hit the targets.”

When news of COVID hit, Dewey was the first to make the difficult decision to sequester our operators to ensure that the grid stayed reliable no matter how bad the pandemic got. Other operators quickly followed suit. “We’re all New Yorkers,” he says. “Every employee in this building recognizes how important our responsibility is.”