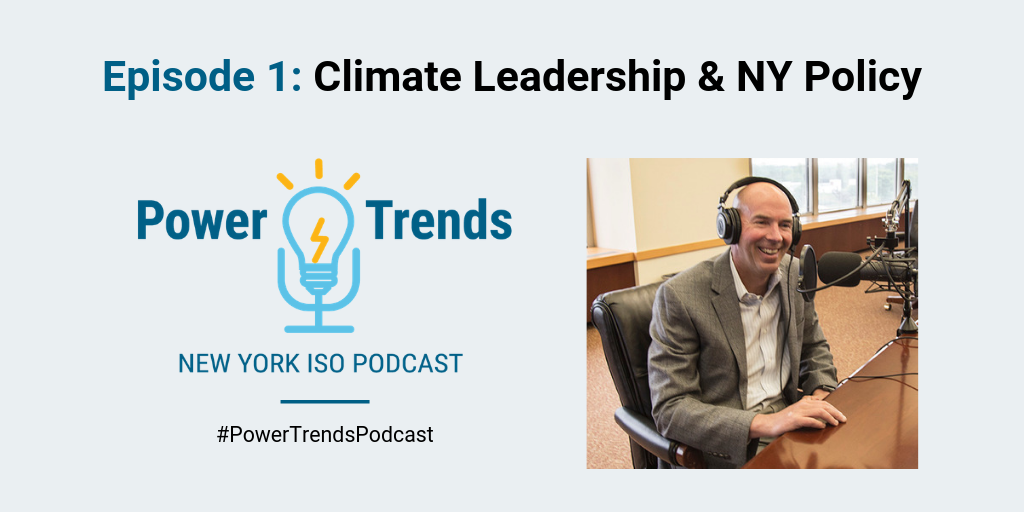 In a 12-minute recording now available online, Dewey addresses his long career in energy, historical changes he has witnessed similar to those facing the energy grid today, and the role that New York ISO’s carbon pricing proposal can play. The proposed integration of a social cost of carbon into wholesale energy markets would send a signal to existing generators and new developers that rewards cleaner generation.

“We think a carbon pricing mechanism becomes more valuable in trying to achieve these policy goals because the level of attainment is now more certain,” Dewey comments to podcast host Kevin Lanahan, NYISO VP of External Affairs and Corporate Communications. Dewey continues, “It’s really going to require an ‘all in’ approach and I think that the compliment of using the subsidies that the Clean Energy Standard has put in place with a mechanism to help drive that level of innovation and market response; those two programs working together give New York the greatest chance of success.”